Students and seniors had the chance to mingle at St-Willibrord elementary school for a Remembrance Day ceremony on Wednesday, November 9th in Châteauguay.

Kids sang songs, recited poems, and played music to honour veterans. The students also watched a video that explained the history of this commemorative day. They finally accompanied veterans, members of law enforcement and dignitaries in the laying of the wreaths.

According to Châteauguay Legion president Frank Cholette, the ceremony is a “fantastic” way to keep remembrance alive, because First World War and many Second World War veterans are no longer with us.

“With my colleague earlier, we were looking at the kids and it’s incredible to see that they’re kind of curious about it,” he told Le Soleil de Châteauguay after the event. “Their eyes are wide open when they see veterans.” 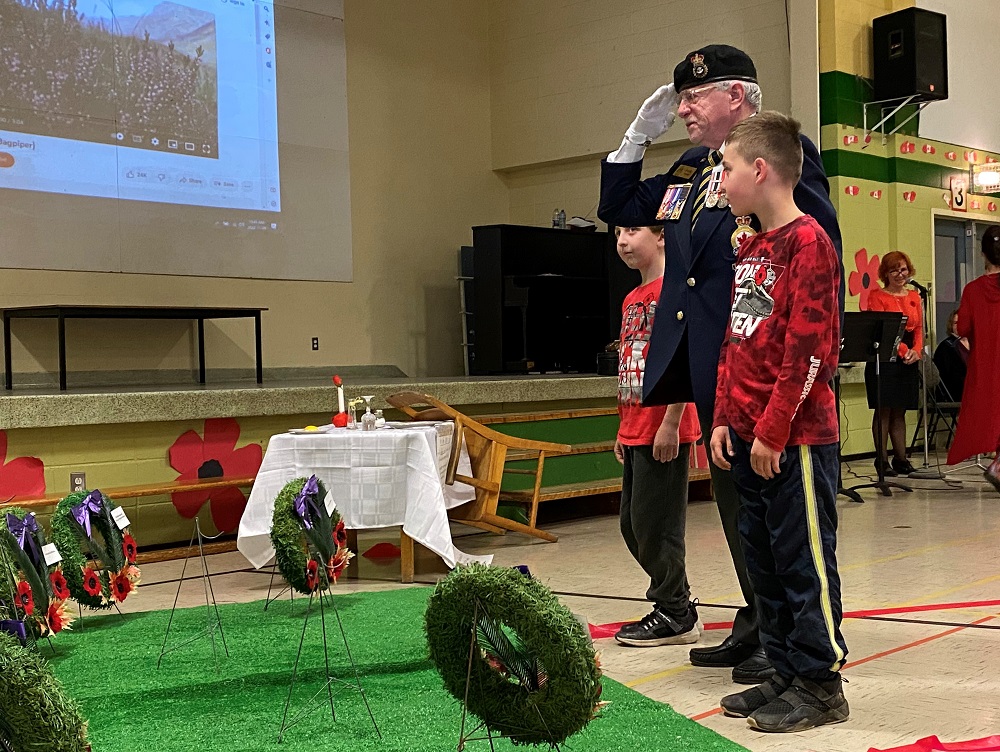 “It’s great to see the kids and schools getting involved in Remembrance Day,” he said. “[The school] shows them what it’s all about so kids can learn. When they get older, they’ll understand it and then they’ll pass it on.”

The Remembrance Day ceremony has been a tradition at St-Willibrord elementary school for several years.