The 16- and 18-year-old girls’ teams playing with the new Chateauguay rugby club won the provincial competition organized by Rugby Quebec in Montreal on July 30.

The U16 team practically “dominated” that of Sainte-Anne-de-Bellevue, Rugby Châteauguay’s coach and president Gaël Dulude told Le Soleil. The U18 group played against a team from the same region and won in overtime.
“We were in ecstatic, we were happy! Dulude said. The U16s watched the U18s win, and it was a great moment for everyone.” 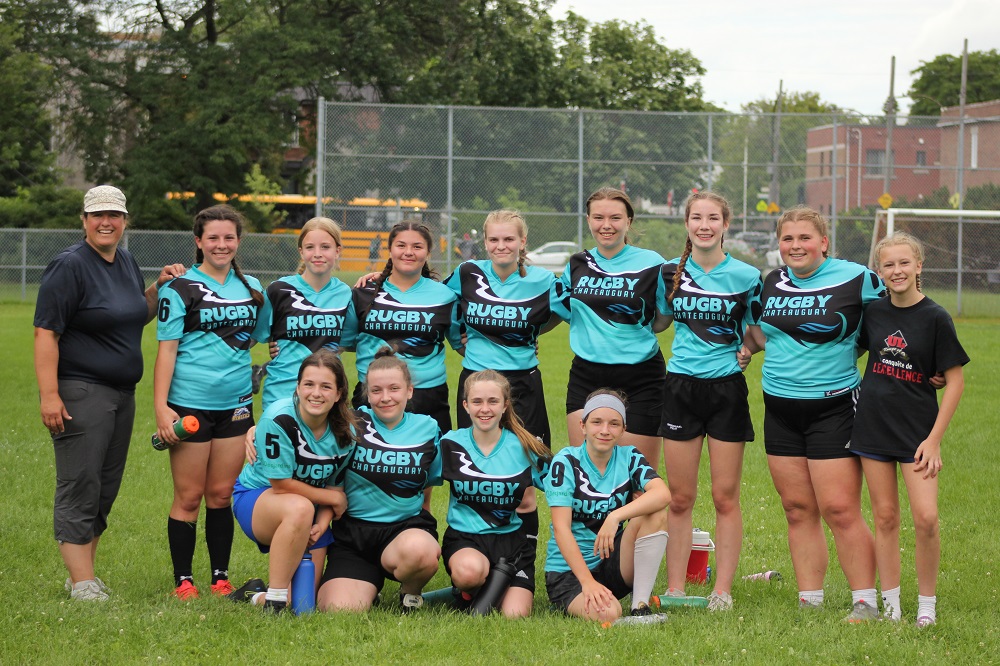 The U16 Châteauguay team defeated that of Sainte-Anne-de-Bellevue in the provincial final. (Photo : Courtesy Rugby Châteauguay)

Dulude was involved with the Ormstown Saracens rugby club before the pandemic. He also works as a teacher at Howard S. Billings High School in Châteauguay where he coached a few players. The girls would travel to Ormstown to play rugby, he said. With the idea of limiting the spread of COVID-19 between communities, the Sud-Ouest Rugby Association decided to launch a second activity center in Châteauguay in 2021 with the coach’s help.

About thirty players asked to sign up, while the Association was expecting about fifteen. “We had so many people interested that we thought, ‘we are going to start our own club in Châteauguay in 2022,’” he said.