VIDEO - A festive Châteauguay in 2023

The city of Châteauguay will full of excitement next year for its 350th anniversary. On the menu: large-scale sound and light shows, a winter carnival, a big weekend of outdoor concerts and other surprises will mark 2023.

Among the dates to remember are March 3 to 12, 2023. The Lucion company will present a free sound and light show on the façade of the Saint-Joachim church. This multimedia company participated in the interactive lighting of the Jacques-Cartier Bridge in Montreal during its 375th anniversary festivities. It will create an original work for the festivities in Châteauguay. A second projection will also be presented in September, this time on the façade of the library.

The City of Chateauguay has also planned three nights of outdoor concerts in August at Billings Park. The group Les 2Frères and singer-songwriter Roxane Bruneau will get the ball rolling on Friday, August 18, while the group Les Trois Accords will follow the next day with Marilyne Léonard as opening act.

This musical weekend will end on Sunday with a double bill of Dumas and none other than Michel Rivard who will sing the popular song Harmonie du soir à Châteauguay by the former group Beau Dommage. "Michel Rivard is offering us an exclusive outdoor version of his indoor show. He hasn’t done that this year. It's really a little gift he's offering to Chateauguay for its 350th anniversary," explained Stéphanie Laville, assistant coordinator for the 350th anniversary festivities.

The city is planning a pre-sale of tickets at a reduced rate for the citizens of Chateauguay.

The Mercier Park sector, where the library, the Vanier cultural center and the Maison des Jeunes are located, will also be animated throughout the summer. "There will be enhanced, diversified and bilingual programming for all ages. We want everyone to have something to do," said Anick Lacelle, recreation technician for the city.

The mayor indicated that the official date of Châteauguay's celebration will be September 29, in reference to the date of its foundation. A large fireworks display is planned for the occasion. The city has also already planned a show by the group La Chicane for the National Holiday, as well as the return of the Poutinefest.

Earlier this year, the municipality invited citizens and organizations to submit projects for the festivities. A budget of $150,000 was provided. Of the 27 projects submitted, 12 have been retained so far. Some of them are back on the drawing board and could become a reality. For example, the Community Centre will present a festive fashion show, the SUP Roussillon Classic will be back and the Maison LePailleur will participate in various projects throughout the year. The historical expertise of the organization was highlighted at the launch. 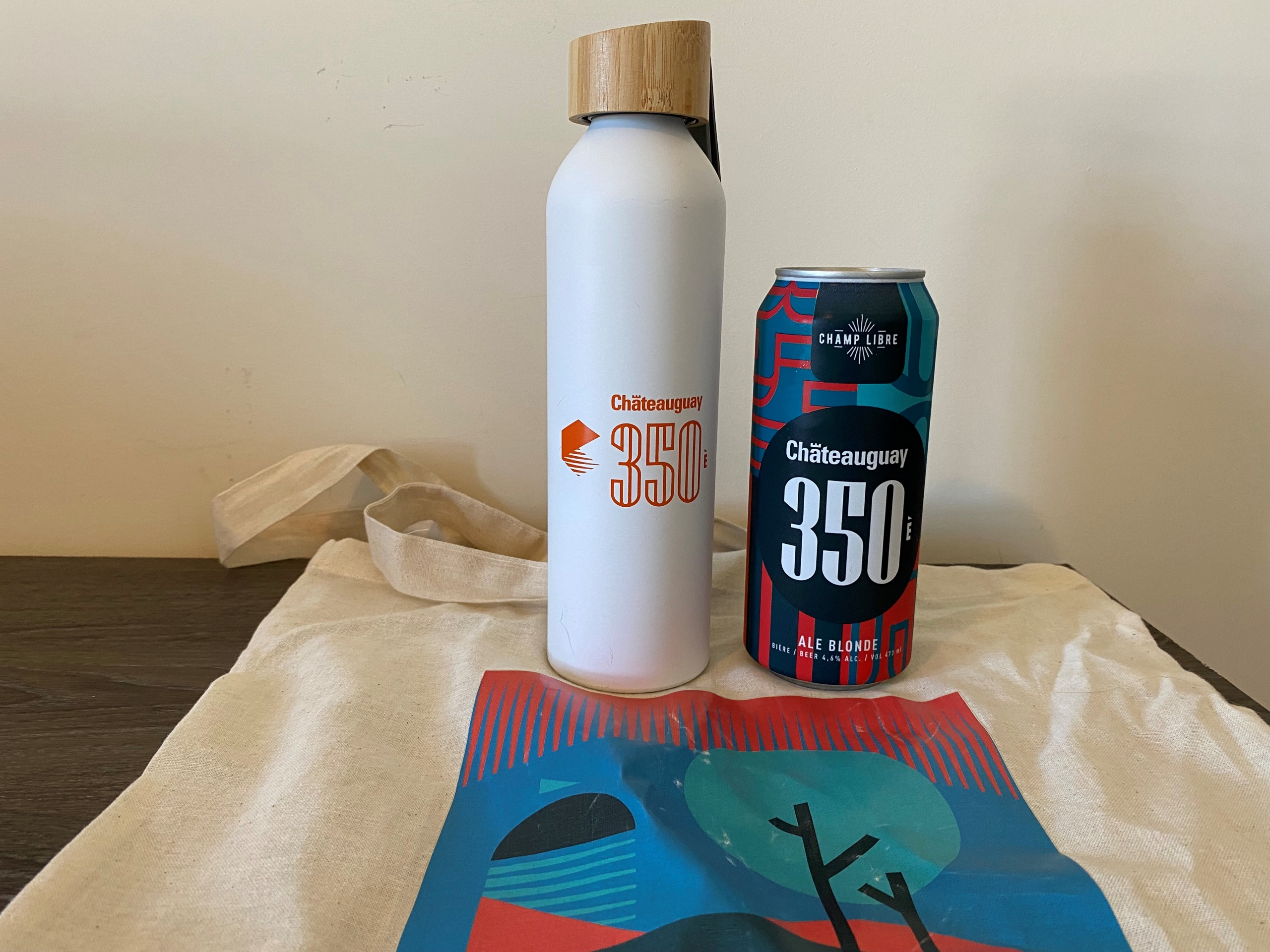 The municipality has equipped itself with promotional items with the effigy of the 350th that people can purchase. The Champ Libre microbrewery in Mercier offers Chateauguay residents the opportunity to toast the health of the city with a special Chateauguay 350th beer.

Two stories from the official partners

The Caisse Desjardins and McDonald's restaurants in Châteauguay will be the two official partners of the festivities. Both companies have a special connection with the municipality. "In 2023, the Caisse de Châteauguay will celebrate its 80th anniversary, a happy coincidence. Eighty years of being there for everyone," said Natalie Tremblay, General Manager of the Caisse.

"The restaurant on D'Anjou Boulevard has a special meaning. It was the first franchised restaurant in Quebec," said Dominic Descôteaux, owner of McDonald's branches in Châteauguay.