The Kahnawake community opposes the Quebec government's proposed Bill 96. The legislation will have significant repercussions for Indigenous students who attend English CEGEPs, said the Mohawk Council of Kahnawake (MCK).

Bill 96 would require students to take three additional courses in French. This afternoon, hundreds of students from Kahnawà:ke Survival School participated in a peaceful march on Route 132 to express their discontent, as they study mainly in English.

The band council and numerous community members showed their support for the teens. This is the case of Allison Deer, an elder who says she dropped everything to walk with the students.

“If you have to do more French courses, it will bring down your average if you don’t get the right level, and you are not going to get into the ivy league that you want to get into,” she told Le Soleil de Châteauguay. So, it’s limiting you all the way around in terms of your livelihood, in terms of education, of being able to take care of your family.”

According to Grand Chief Kahsennenhawe Sky-Deer, the youth-led protest played a symbolic role. When the Charter of the French Language was passed in 1977, students at Howard S. Billings High School in Châteauguay staged a walkout, she explained in a video posted on the MCK’s Facebook page on May 10th.

“[Bill 96 proposes] amendments to Bill 101 that go way further and see French as the primary language of this region, totally dismissing Onkwehonwe languages that have been here since time immemorial.”

Sky-Deer travelled to Quebec City to participate in a press conference with Assembly of First Nations Quebec-Labrador Regional Chief Ghislain Picard. She adds that the bill will not only have an impact on education, but also on other sectors of the community. Indigenous leaders will ask for delays before the bill is passed. 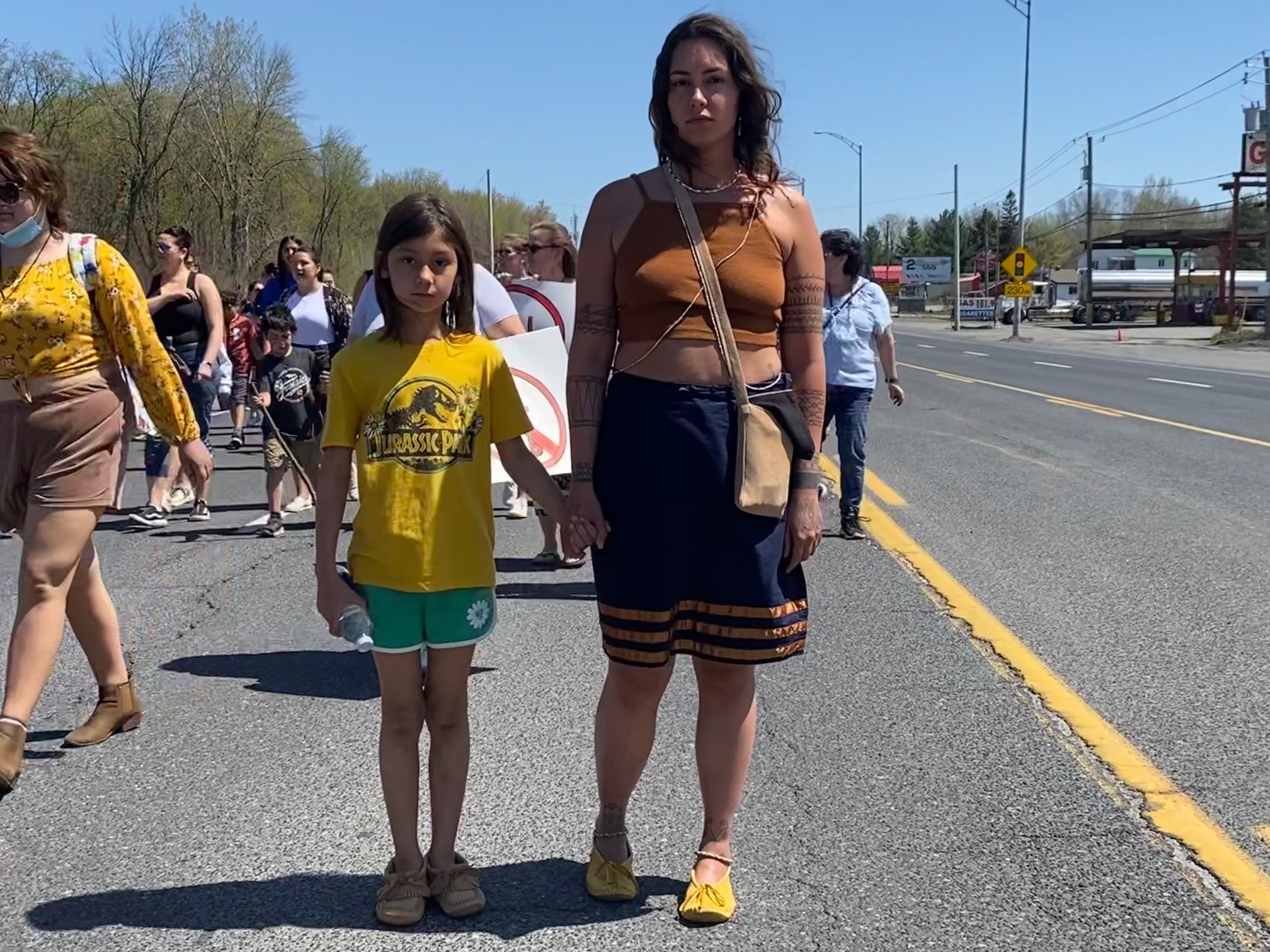